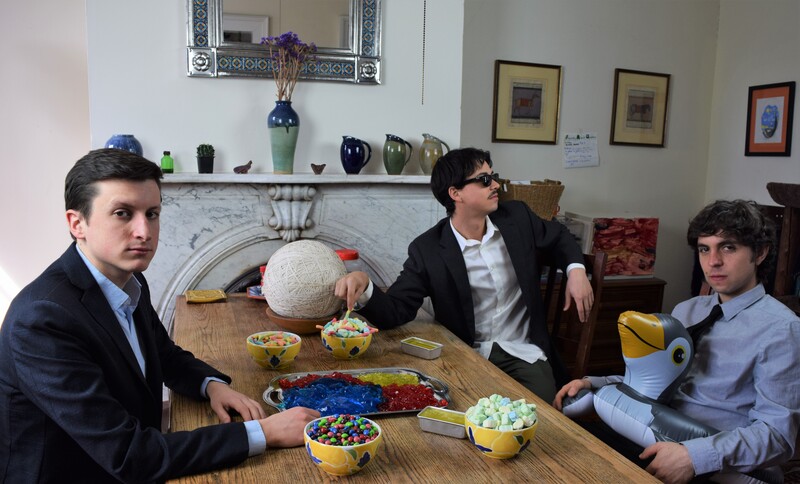 Canadian pianist Andrew Boudreau is an active member of the North American and international jazz and creative music scenes. In 2019, he was a prizewinner at the Jacksonville Jazz Piano Competition. One of eight Canadian musicians to receive the Astral Artist Prize (2013) at the National Arts Centre (Ottawa, Canada), Andrew is also the recipient of the OPUS Prize for Concert of the Year - Jazz and World Music in Quebec (2016). Andrew has performed in the Montreal International Jazz Festival, OFF festival de jazz de Montréal, and the International Chamber Music Festival (Stavanger, Norway) among others. He has performed with a diverse array of musicians and ensembles such as the Orchestre national de jazz de Montréal with David Binney, soprano Measha Brueggergosman, and the Altsys Jazz Orchestra. As a soloist, he has been pianist-in-residence at the Peabody Essex Museum (Salem, MA) and at 7132 (Vals, Switzerland). Andrew completed a Master of Music at the New England Conservatory, Bachelor of Music at McGill University, and Associate of the Royal Conservatory Diploma (Piano Performance) from the Royal Conservatory of Music (Toronto). Current collaborators include vocalist Christine Correa, violist/ethnomusicologist Tanya Kalmanovitch, vocalist Amanda Ekery, accordionist Sunniva Brynnel and collective trio Family Plan.

Simón Willson is a New York City based composer, bassist, and improviser originally hailing from Chile. As an eclectic and in demand sideman, he has toured with a host of different artists in Europe, the US, Canada, and South America. His wide-range interest in different realms of Jazz and improvised music has led him to work with a diverse pool of established artists such as Dave Douglas, Ethan Iverson, Steve Cardenas, George Garzone, Jason Palmer, Rodney Green, Michael Blake, Pablo Held, Jim Black, Tim Miller, Frank Carlberg, among many others. He also plays in bands of contemporaries such as Kevin Sun, Max Light (second place in the Herbie Hancock 2019 guitar competition), among others. In addition to his sideman work, he co-leads the bands Great on Paper, Family Plan, and Earprint. The latter won the “best debut album” category of the NPR Music Jazz Critics Poll in 2016, and Family Plan is set to release their debut album in September 2021, due to receiving a generous grant from the Chilean government. Willson can be heard on over twenty-five records for labels such as Tzadik, Steeplechase, Newvelle, Endectomorph, in addition to a number of self-releases. He has recently been featured in albums as a member of Dave Douglas’ Sextet, Elan Mehler’s "TJ & the Revenge'' project alongside GRAMMY award-winning guitar player Bill Frisell, and a double record entitled “Live at Wally’s” with famed trumpet player Jason Palmer as part of his quintet. ​
​
Vicente Hansen Atria (b. 1992, Santiago, Chile) is a New York-based composer and drummer. His music riffs on a wide range of idioms, from renaissance dances to Korean sanjo, creating lucid, futuristic sonic worlds. Past, recent, and ongoing collaborators include Sun Ra Arkestra, Jay Campbell, Yarn/Wire, Wet Ink, Jack Quartet, International Contemporary Ensemble, and TAK. His music has been showcased at a wide range of venues, such as The Shed (NYC), The Stone (NYC), Dizzy’s Club at JALC (NYC), Jazz Standard (NYC), DiMenna Center for Classical Music (NYC), Firehouse Space (NYC), Bimhuis (Amsterdam), Spectrum (NYC), Symphony Space (NYC), Miller Theatre (NYC), L’Auditori (Barcelona), among others. He is pursuing a DMA at Columbia University, where he has studied with Fred Lerdahl, Georg Haas, and George Lewis. Vicente is currently leading chamber folk septet Orlando Furioso, performing with collaborative trio Family Plan, and designing instruments with Mat Muntz for The Vex Collection.